The discovery of an old passbook with a credit balance doesn't necessarily mean a windfall because corroborating records can be hard to find. The same goes for old term deposit certificates. 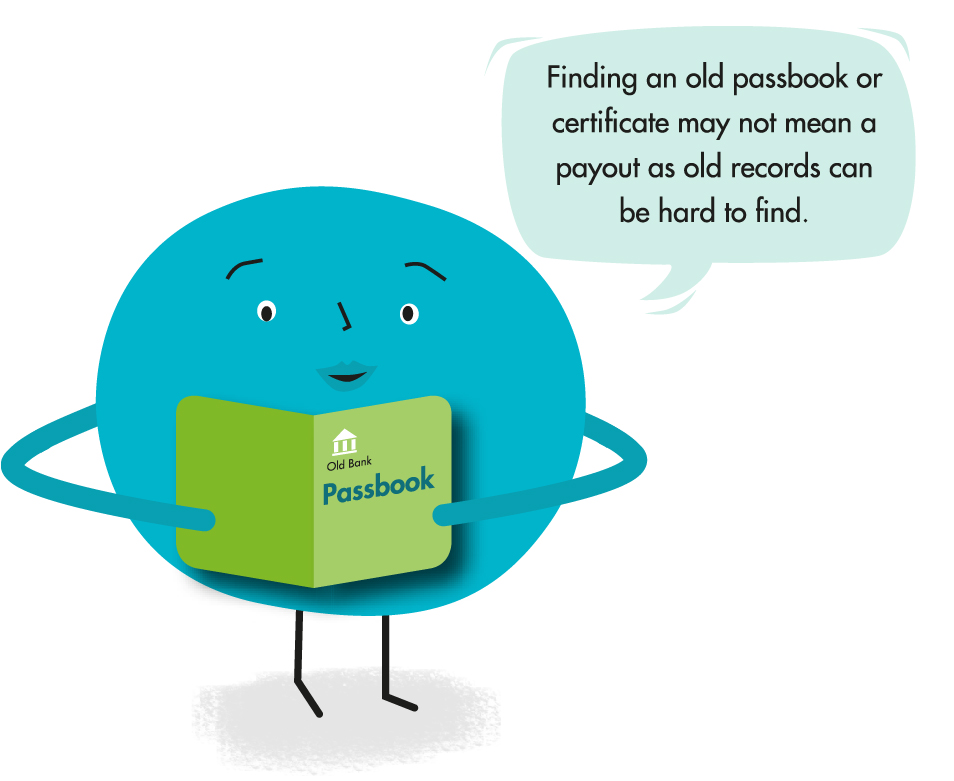 Customers sometimes complain to us that their bank refuses to release money in an old passbook account they believe has never been closed or paid out. The same goes for paying out funds on old term deposit certificates (see below).

Such passbooks are rarely used today, but were once common. Account holders would present their passport-like booklet at a branch to make deposits and withdrawals. These transactions, plus interest earned, were recorded in the passbook, kept by the account holder. Banks didn't issue statements for such accounts, so the passbook was the customer's sole record. A replacement would be issued if the customer lost the passbook.

When we get passbook complaints, the last known deposit in the account, or the last evidence of its operation, usually dates back many years. In most cases, the bank says it has no record of the account or the claimed funds. Sometimes, a customer may locate an old passbook that appears to show unwithdrawn funds, or a customer may claim to have found evidence of a term deposit that has never been paid out.

Whether we can help will depend on the amount of time that has passed, and the information we can establish about the account.

As an “on demand” account, the balance must by paid out by a bank whenever a customer asks. We can investigate complaints about a bank's refusal to pay out the balance, even if the last transaction in the passbook dates back many years. Crucially, however, that last entry is not necessarily the current balance, but rather the balance on that particular date. The reasons are explained below.

Given the time that has often elapsed, we can find it very difficult to establish much more. Mostly, our investigation is limited to checking whether a bank has carried out a proper search for the passbook account. Banks are legally required to hold transaction information for seven years, although they often hold it longer. We expect a search to cover all relevant records it holds.

When a bank claims to have no record of an account, we consider various possibilities, including whether:

Most of these possibilities can explain why a final entry in a passbook does not represent a current balance available for withdrawal.

We are unlikely to be able to help a complainant if we are satisfied the bank has carried out a proper search and holds no record of the passbook, and its record-keeping complies with its internal procedures and legal obligations.

Sometimes people uncover old term deposit certificates when moving house or sorting through a deceased relative's belongings. They have no recollection of receiving the funds at the maturity date, and the bank refuses to pay out on the certificate when they present it.

We have certain limitations on our ability to investigate complaints about distant matters.

We cannot look at complaints relating to something that happened before a bank joined our scheme. Most banks joined on 1 January 1992. If the term deposit shows a maturity date before that date, it's unlikely we can help.

If the maturity date is after that date, but it is more than six years since the complainant should reasonably have become aware of a problem with the term deposit, it is also unlikely we can help. If neither of these exclusions applies, we can consider the complaint.

Our approach, however, is different to the one we apply to old passbook complaints. We assume the bank paid the funds to the customer on the date of maturity because there is ordinarily nothing to assume to the contrary.

Even so, we still ask a bank to conduct the usual checks for evidence of a term deposit or what happened to it on maturity. It may be possible to establish whether the bank put the money in another account. We can do little, however, if no evidence emerges of what happened to the funds after maturity, and no evidence exists of the funds beyond the certificate.

The last entry in the passbook is the balance of the account on that particular date and not necessarily the current balance.

A bank will freeze a deceased customer’s individual accounts when notified of the death. This includes transactional accounts, term deposits, credit cards and loans.

Banks won’t necessarily know that a customer has died, so it is important to notify the bank as soon as possible. Anyone can notify the bank but typically this responsibility would fall on the next of kin or the estate representative…

Children don’t have unrestricted use of bank accounts. Nor are they free to open bank accounts on their own. To do that, they need an adult’s involvement. The role of adults (usually the parents) is to decide what type of account would be best for the child. They also decide who can have access to the account.